The Teen, The BAFTAs, that Cumberbatch boy, and Me.

So last night the Teen and I hot footed it down to the Royal Festival Hall for the BAFTA TV awards. In the car on the way there, my "usual" route to Waterloo, I realised how far I'd come. Normally I'd be sitting, cushion under the seatbelt, on my way to Guy's or St Thomas's for treatment, wearing loose clothing, a headscarf, and a grimace. Last night I wore a dress, high heels, short hair (OK, VERY short hair), and a smile. And what a time we had!

As a Southbank member, I was able to get a couple of tickets to the event and even though, when I bought them I had only just completed my treatment, I was determined to be well enough to go. Teen and I dressed up and off we went, all excited at the possibility of seeing Benedict Cumberbatch, and all the others too, of course. We had to arrive before all the celebrities (dammit) but we did get to walk the red carpet (actually red, white and blue carpet) which was hugely exciting. 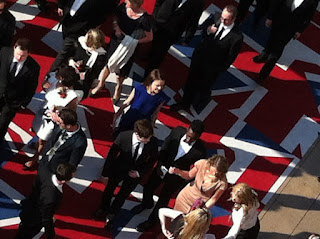 I have no idea who these people are!

Then we made our way upstairs and hung over the balcony watching the arrivals. Even then, before it had even started, the atmosphere was wonderful with everyone talking to each other (how un-British) and pointing out all the famous people. I was relieved when the Cumberbatch boy arrived because the Teen was so desperate to see him, but I have to say, I was rather keen to see Rupert Penry-Jones! 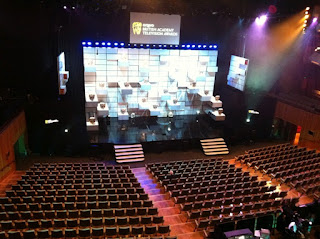 Before it all started.

The event itself was glittering and lovely and rather a thrill. Moriarty (Andrew Scott) won best supporting actor to a barrage of screams and applause and, oh, he was so sweet. Cumberbatch didn't win - the best actor award went to Dominic West. It was rather funny though that when they played the clips of the nominees, you could hear nothing of the Cumberbatch clip because of the screams. Yes, from me and the Teen as well. The best part of the evening for me, however, wasn't who was there or what happened on stage, it was just being there with my lovely daughter. Her face as Cumberbatch and Matt Smith came on stage to present Stephen Moffat with his award was just the best thing ever. Her two favourites on stage at the same time and she was there! 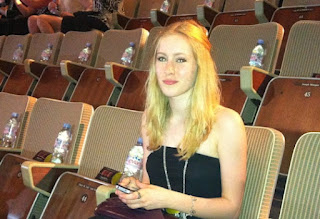 The Teen (who won't thank me for posting this)!

The most moving thing was watching Terry Pratchett receiving the award for best single documentary, Choosing to Die. It took him ages to get to the stage and he looked so slight, but his speech was so heartfelt and humble.

So, all in all, we had a fantastic evening. I said I would go and I did. I dressed up (with thanks to my sister for the dress). I laughed, I cheered, I screamed (just a bit) and I was able to forget the past six months completely. Oh, and we got chocolates! 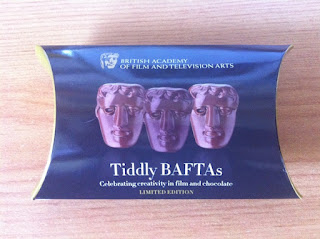